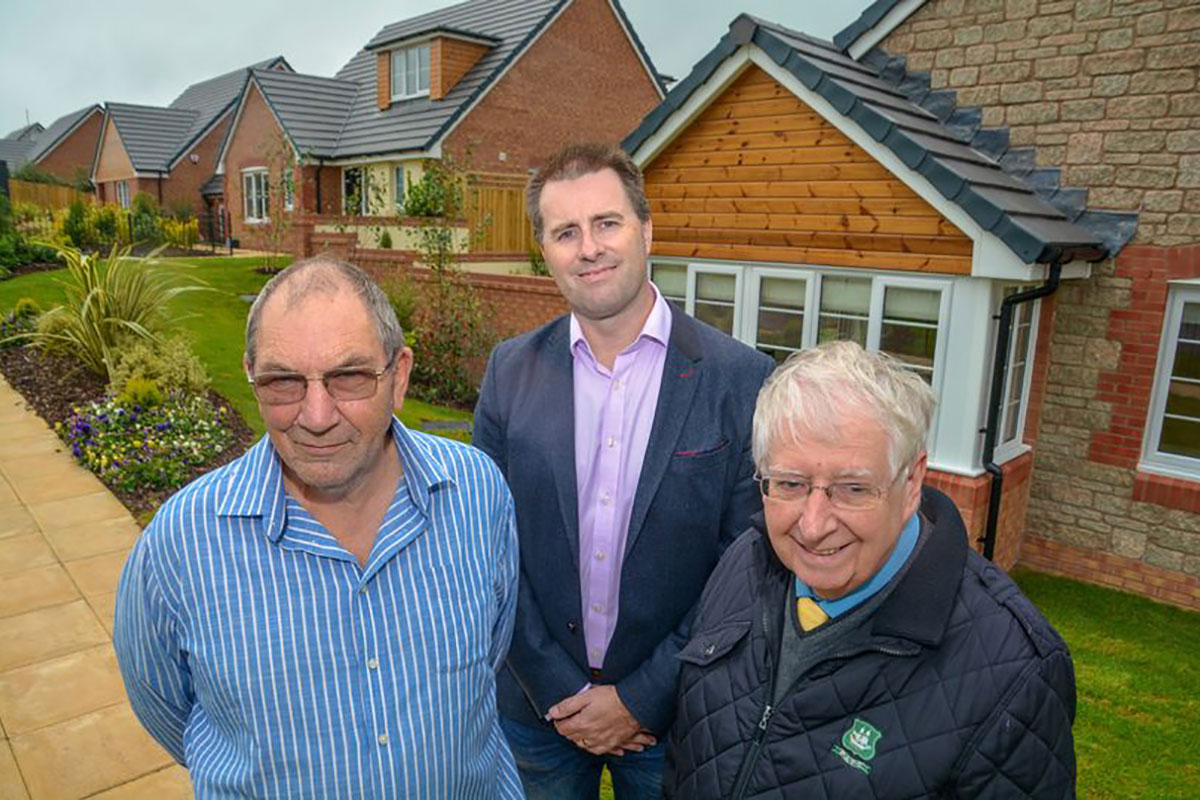 The first homes in part of a scheme to build 250 new dwellings in South Molton have been opened to the public.

Graham Hutton, development director of Baker Estates, said: “Here we’re in the first phase of 56 homes, 50 of those are bungalows which is pretty unusual. Very few developers are developing bungalows these days, and we think there is an enormous niche there and that’s been proven to be the case so far.

“We have a range of two, three and three bedroom chalet bungalows which provide all of the features of being able to live on a single floor with the master bedroom downstairs but with two bedrooms up in the roof.”

On Wednesday, September 19, an open morning was held for councillors to view the first completed properties.

David Worden, a district and town councillor said: “I am really impressed with the standard of each of the properties we have looked at. All of them are high spec, open plan and really good.

“We have had some negative publicity recently about some of the other developments in the town, but this Town councillor Martin Kingdon added: “I think it’s nice to see a lot of bungalows being built which there has always been a big demand for, there’s never enough of them.

“They build all these boxes and cram them all in so it’s nice to see a bit of space and the size of the bedrooms and the open plan layout of the kitchen, dining room and lounge areas. You don’t feel crowded and hemmed in; it’s very impressive.”

Mr Hutton added that it was important to invite members of the community to their developments and build strong links with the area.

“The way that we go about planning is deliberately different to most of our competitors and really consultative. Through the process here we’ve met the town council, we offer one-to-one meetings with anyone who lives near the site, we keep communication open right the way through the construction.

“It seemed right and fitting that the town council, who supported the application, have the opportunity to come and see it in real life and that’s the same with members of North Devon District Council planning committee who usually don’t get to see things. They deal with it all on paper, and they approve it at committee, but here they’re coming out to see the scheme.

“This scheme, I’m proud to say, is delivering everything in the S106. You hear of developers trying to argue viability; there’s none of that going on. We have delivered all of the open space, play contributions and transport, and everything that was required, and that’s why the town council were able to support the development.”